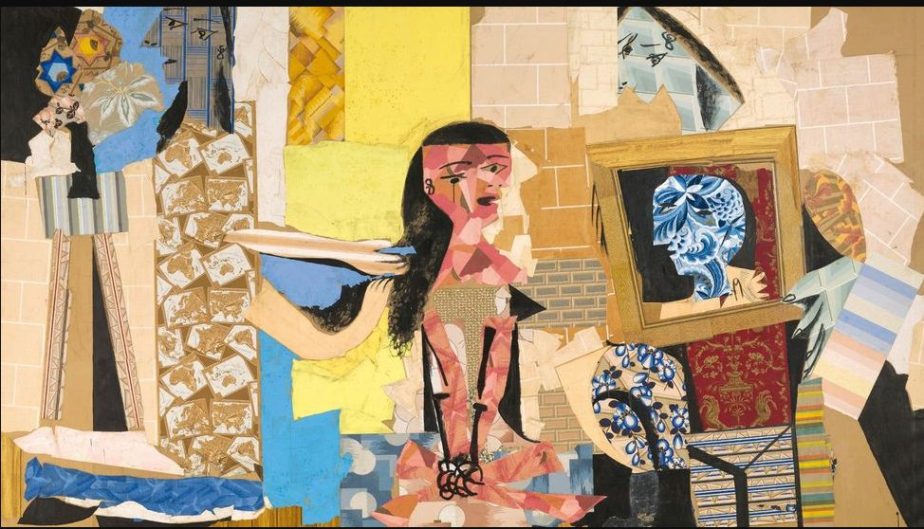 Pablo Ruiz Picasso (25 October 1881 – 8 April 1973) was a renowned Spanish painter who was also accoladed for being a sculptor, ceramicist, printmaker, and theater designer. He grew up in Spain but spent most of his adult life in France. In fact, several of Picasso’s drawings and his famous paintings were created in France. In France, he developed the typical Pablo Picasso painting style and started the well-known art movement known as Cubism.

But Picasso had extraordinary artistic talent from a young age already. In his early years, he painted in the naturalistic manner and style of the time. Later in his career, he experimented with different theories, techniques, and ideas.

The early Picasso artworks are sometimes not acknowledged as part of the famous art of Picasso, but although some of them might not be as famous as most of his later works, they are still part of all the artworks by Picasso. Picasso produced outstanding academic drawings and paintings as a child and young man. His pencil studies from 1890 to 1892 show his understanding of classical art fundamentals.

Unlike most other artists, where “early works” refer to artworks completed just after the “official” start of the artists’ careers, Picasso’s “early works” date back to his childhood. Since he was of tender age, his father taught him how to draw by using formal drawing techniques of the time. As a result, the most famous Picasso drawings originated in these early years.

He also learned how to use oil, and by the age of eight, he was already skilled in the art of oil painting. “The Picador” was painted in oil in 1889 in a naturalistic style. This painting is most probably the oldest surviving painting by Picasso. The painting depicted a bullfight and was painted by Picasso after attending a bullfight in Malaga’s La Malagueta bullring in 1889.

Although it is a miniature painting of only 24 cm x 19 cm, it contains elements that have influenced Picasso throughout his adult artistic career. Bulls and bullfighting were prominent themes he returned to also in his later works. In “The Picador,” Picasso’s primary motive was to depict the event with the accompanying drama. In his later adult works, the bull would be symbolic and used to convey other themes.

Man in a Beret

Picasso was only 14 years old when he painted this portrait. It is an oil on canvas work and one of the early works where Picasso started to use oil in a more superior format to what was usual for him.

Although still very young, there was a change in Picasso’s artworks from 1893 onwards. In contrast with his very early, clearly academic works, there is some free inspiration seen in this painting. During this period in his life, he researched techniques regarding reality in art.

His works became more assured, starting with “Man in a Beret,” created in 1893. He began to capture the essence better and moved away from his childhood’s detailed drawings. “Man in a Beret” shows that the fourteen-year-old Picasso was moving away from a predominately aesthetic art to more expressive and human skill.

During these early formative years of Picasso, he developed a realist style. It was characterized by naturalistic brushwork, a true-to-life color palette, and everyday subject matter. In addition, he enjoyed painting portraits of his loved ones and scenes inspired by his Catholic faith.

Picasso produced his first large-scale oil painting, entitled “First Communion,” while attending La Lonja School of Art. This painting was done in the academic style of the end of the 1800s. Picasso emphasized a moment in the youth of a Catholic girl where she kneeled before the altar for her first communion – symbolically making the transition from childhood to adulthood.

Picasso highlighted this transition by linking the bright white of the young girl’s communion dress to the white cloth on the altar with the candle illuminating the whole scene.

“Science and Charity,” an oil on canvas painting by Pablo Picasso, was painted in Barcelona in 1897. He was merely 15 years old at that time. It is an example of one of Picasso famous paintings of all time. This work is related to social realism and portrays a formal composition of a sick patient in a bed who is attended by a doctor and a nun holding a child.

Although this is a very early work, it culminated in Picasso’s academic training and talent. It is a painting from the period before he moved away from this literary style to the latest techniques he developed and used. But it is a work that has a rightful place among Picasso’s famous paintings.

Picasso made several notes and sketches in preparation for creating this artwork. The final work is a large painting with a classical composition. All the characters lead you to focus on the sick patient. Interestingly, Picasso used family, friends, and locals as the models for this painting.

In this painting, the doctor is depicted coldly. He is only taking the pulse of the patient. In contrast with this cold attitude, the nun offers the patient empathy.

The “Portrait of Aunt Pepa” is one of the most famous Picasso artworks from his early years. The model was his father’s sister, Josefa Ruiz Blasco. This oil was painted in 1896 during Picasso’s trips to Malaga with his family.

Picasso played with light to highlight and distinguish the face from the dark clothes. The realism of the front shows the influence of the Spanish portrait tradition on his early works. It is believed that the portrait was done in less than an hour.

Picasso went through many stages of development, and these different periods can be seen in his artworks. According to many art lovers, his most important period was in the early 1900s when he initiated what was known as Cubism. But Picasso had extraordinary artistic talent from a very young age, and he created paintings as a child that were masterpieces in their own right. In his early years, he still painted in the naturalistic style of the time.

Can You Use A Regular Mattress On A Murphy Bed?

5 Steps How to Cover Up a Tattoo With Makeup