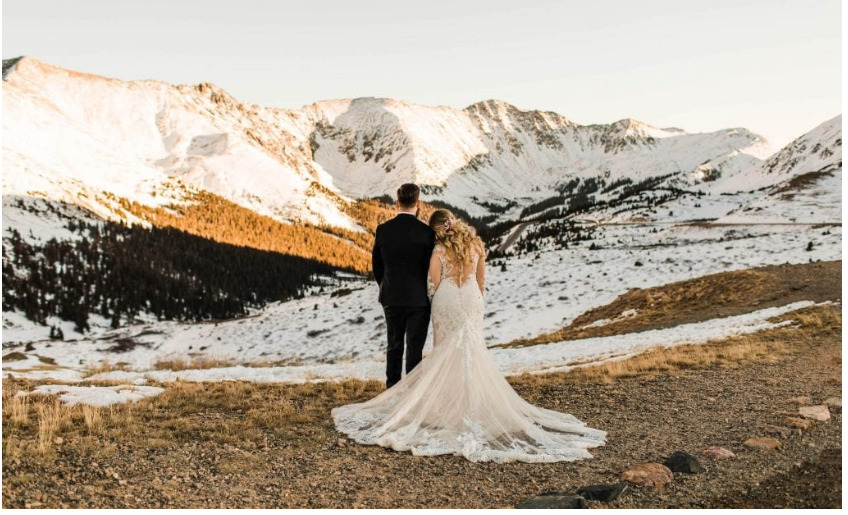 When couples decide to get married they are stepping into the beginning of a new life, one that they promise to work together for themselves and a future family they hope to raise. It is a life-long commitment.

Last few decades, people have seen a shift in dynamics for the accepted course of marriages. It is not arranged or dating and then marrying the significant other. Rather it is to live with the person one likes and then move on to the bliss of matrimony. The silver lining to a couple who have lived without giving into social pressure in many countries and communities is the advantage to know each other, through the grind, without legal commitment

A couple is not sold out to the candy-floss and fairy tale honeymoon periods but live with each other through work commitments, share living spaces, prepare meals and understand the financial acumen of one another. The compatibility and the will to adjust to the shortcomings of the other equally imperfect partner to form a perfect unison becomes strong.

With cleansed perceptions and paradigm shifts in people thinking to marry, there is an extensive increase in the number of couples opting for elopement.

Elopement weddings, as the phrase suggests do not refer to the colloquial term of running away or disgracing the families in the process. Interestingly it represents minimalism; an attribute that most couples would like to wear on their sleeve as a social message for future considerations and inspiration to reduce carbon footprint. But a simple, sans fanfare matrimony, need not mean that the best part like memories is not captured in such weddings. It is advisable for couples looking to marry in a simple format to follow the guidelines which include what is elopement wedding photography here:

What does an elopement wedding mean?

When a couple chooses to do away with an extravagance that associates weddings, keeping it as minimalistic as it gets, inviting only a few core members of family and friends whom they regard as their support system, to a location of their choice, then it is called an elopement wedding. It is a tiny version of the larger plan yet one that resounds with a couple’s views and merges in their universe.

Benefits of an elopement wedding

Most regular weddings are already planned out in the sense that a certain caterer will only take orders if the number of guests is five hundred, as small events are not profitable for them. A venue that is perfect in terms of accessibility and features is booked way ahead and cannot save your date.

Finally, when you do zero down on the venue, caterer, decor et al, there is something amiss. An irritating feeling gnaws that only you can sense. And no, it is not the pre-wedding jitters. It is that feeling you get when despite stressing financially, emotionally, and giving it sweat and time, things are not how they need to be. Simply because you are playing up to the gallery and not letting one thing that is important for your wedding; that is doing what matters to you the most.

An elopement wedding can be customized to accommodate everything that makes you tick as a couple.

The core benefits of the minimalistic wedding are strewn across the idea of an elopement. A couple can spend as much as they want to and feel appropriate for a wedding. One need not bother about which label the bride was wearing. All that matters is that she is happy and sporting a smile to reflect her inner feelings. It is stress-free as there is no need to book the A-list vendors of the city. Amateurs who deliver equally good jobs can be hired after checking their work. There is the freedom to choose the place as it is not limited to the venue but can be anywhere that looks beautiful for pictures. With more options opening to cover elopement wedding photography memories are captured for the future.

“ The flower that smells sweetest is shy and lowly” – William Wordsworth. These words can describe an elopement wedding earnestly. It is a small, sweet, and powerful way to get married for couples.

What You Need To Know Before Starting A Fashion Blog?

What type of bundle hair is the best?