Determining if There’s Been Hearing Damage 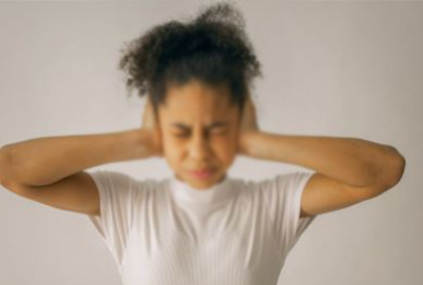 Some children had their ears boxed in generations of yesteryear. Certainly, this was bad for their eardrums. A harsh enough ear-boxing could potentially cause permanent damage owing to the associated air compression effect. Even so, beyond archaic punishment, heavy machinery, loud concerts, and firearms are all regular aspects of modernity impacting hearing.

Or maybe you go scuba diving and get on the plane too soon, initiating a change in the internal pressures of your body, and perhaps incidentally trapping bacteria-rich seawater inside your ear as the plane changes altitude. Perhaps wind blows bacteria in your ear and causes a substantially uncomfortable earache.

Sometimes even a common cold causes pressures in the sinuses that burst an eardrum. Now, certainly, except for repeated trauma, the majority of these hearing issues can be recovered from to some degree. However, sometimes, you do yourself damage that requires medical attention.

Maybe you dive too deep without equalizing pressure in your ears, maybe you didn’t get antibiotics in time to avoid damage from a nasty ear infection, maybe you got injured some other way. Well, if you’ve got damage that’s severe or permanent, you’ll need help. Knowing is tricky, though. Here are some signs to watch for.

1. If You Notice Sustained Loss After an Event

If you find your hearing is dull or otherwise “off” days after an event, something may be wrong. Give it a week at the outside, see if the issue persists. The older you are, and the more unhealthy, the longer it will take for you to recover—as a general rule; there are always exceptions. That said, even very young, healthy people can be permanently damaged.

2. If Checking With the Experts Reveals an Issue

If you notice hearing loss remains and has such a gradual (or nonexistent) return as to be unnoticeable, you might want to seek out the opinion of an expert like those at ApexAudiology.com. Sometimes you’ll go to the ear doctor and they say something to the effect of, “you hurt yourself, but you’ll get better.”

Other times, they look at your ear and have more dire news. It depends on the situation, the damage, and your own personal constitution. However, the experts can help you make the best moves regardless.

3. When Those Close to You Have Communications Issues

Sometimes you feel fine, but suddenly everyone around you has trouble communicating. Well, it could be them, but it could also be you. If communication issues develop gradually, and become increasingly impacting, you may want to check with an audiological specialist.

Most people lose some degree of hearing as they mature. Even if you haven’t hurt yourself, some loss is natural, and may require augmentation. That said, if you’re not sure whether your hearing has been damaged, long-term losses, professional opinion, and communications issues can help you know if you’ve got an issue.