Is paying for apps worth it? 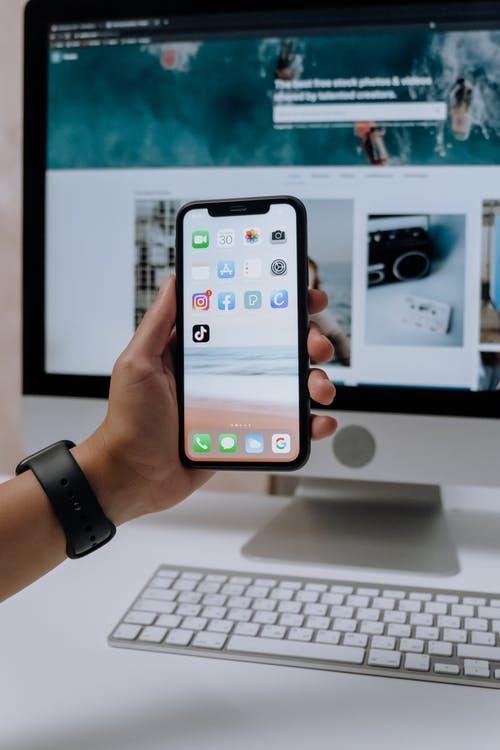 The day mobile phones came out, almost everyone instantly became obsessed with them, and since then, our love for mobile phones has grown in all kinds of ways. With the rapidly improving technology, our mobile phones also evolved, which led to the use of a smartphone. The most fundamental difference between a mobile phone and a smartphone is that smartphones are stuffed with apps.

Mobile applications are among the primary reasons everyone owns a smartphone these days, and as the number of smartphone owners grows, the popularity of mobile apps also grows. Applications have changed the way we live our lives and are a significant part of the technology-driven world that we live in. One of the main reasons mobile apps have become so popular is because we are wired, so we want to do everything as conveniently as possible.

One of the main reasons mobile apps are so popular is because they also help us speed up our lives; these apps allow us to speed up every aspect of our lives personally and professionally. Today, you can do almost everything with a mobile application, and while doing so, you would also have an enjoyable user experience.

Different Ways to Get Apps

One of the best things about mobile applications is that they are readily available and can be downloaded anytime, anywhere. However, there are several ways you can get your hands on a mobile application; all you have to do is have an app store that corresponds to your device. For example, if you have an Android phone, you can download apps from the Google play store, and if you have an iPhone, you can get the apps from the Apple app store.

You can both buy apps from your apps store or download them for free; since most mobile applications are available for free on the app stores, most people are accustomed to downloading the app of their choice without spending a penny. Studies also show that smartphone users are inclined to download free apps or find alternatives to a paid application.

Although most people prefer free apps, they don’t understand that there could be numerous benefits to buying an app. So if you, too, are one of those people who are wondering whether it is worth paying for an app, then you are in luck because we will list down some pros and cons of paid mobile applications.

Why Paying for an App is Worth It?

Support is one of the major perks of a paid app, and the reason why we say this is because a lot of users have terrible experiences with free apps when it comes to support. There are cases where developers develop free apps as a one-time experiment and never look at them again. There could be numerous reasons for that but what’s observed chiefly is that they do this because they move to better projects.

Like we said earlier, we mainly use mobile apps because they help us save time, and what could be a more frustrating way to waste your than watching an ad. An ad-free experience is a significant selling point of a paid application. Whether playing a video game or booking an emergency ride, you would never want to see a full-screen advertisement popping up that you can’t skip for a few seconds.

One thing that annoys many people is that if they click on the ad by mistake, they get redirected to a promotion website which wastes their time. However, these issues are only faced while using a free app; you would not have to deal with such headaches when you buy a paid version.

Another issue with free apps that you would never face with a paid app is that the reviews are not honest; the developers who make free apps want lots of users on their apps to make money, and to achieve that goal, they pay people to post fake reviews. However, that is not the case with paid apps because the developer gets money for all his hard work.

Like we said, free apps are stuffed with all kinds of ads, and these ads waste your precious time and consume a lot of data. There are times when a video starts playing in the popup; these videos consume a lot of data can make a difference in your monthly data usage. Paying for an app might hurt your pocket initially, but it would prove to be fruitful in the long run.

There is no such thing as a fermium model for paid apps, so if you are thinking of buying an app, you wouldn’t have to worry about paying for the good features later. A benefit of purchasing an app with a freemium model is that the initial price of the same app is lower than the price that the application asks you to pay once you have used the free features.

Another problem with paid apps that you wouldn’t find on some free apps is that they require you to put in your email address if you want to use their app. Once you have done that, the app makers keep sending you spam emails and fill your inbox with unnecessary promotions. One example of such emails is airG spam, where users reported spam.

When you pay for an application that is also available for free, you pay for added features and pay for better services. For example, most developers push out updates on their paid version way earlier than the free one. These periodic updates allow you to use new features as soon as possible and make the app more stable.

Security is one of our primary concerns these days, and when you download free apps, you sometimes sacrifice your privacy. Paid apps such as the AVG antivirus claims that their paid version would give you more security than their free version.

Last but not least, the developers get to make some money. App development is not easy, and app developers are people like us who have a family to feed and bills to pay. So there could be no harm in supporting someone who is helping you make your life better or helping to get entertained.

One of the main reasons most people don’t pay for mobile applications is that the whole process of paying for the apps is somewhat inconvenient. A psychological barrier stops most people from putting in all their credit card details and saving their billing information from their app store.

Another reason why many people believe that it is not worth paying for mobile applications is that there are numerous free replacements on the market. In such cases, they even sacrifice some features to save some money.

Tips to Deal with Technology Addiction