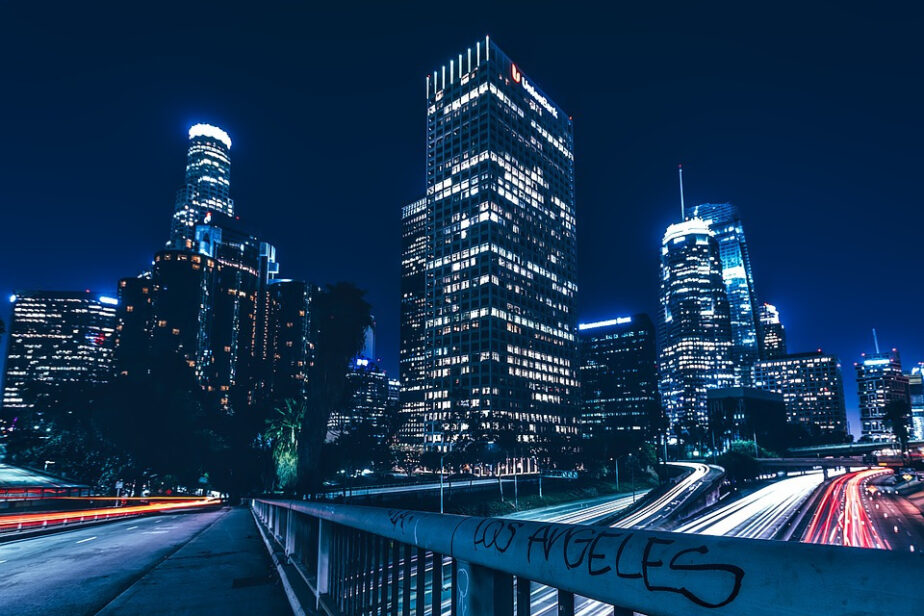 A Change in Distance Reckoning

Many Los Angeles residents weren’t actually born there. Millions were, millions weren’t. Some come from abroad, many come from the American Midwest.

Now, in the American Midwest, the way distance is reckoned differs substantially from how things are thought about in L.A. If you’re driving from, say, Rapid City to Sioux Falls, South Dakota, you’ll gauge it in hours.

The distance between the two is approximately 350 miles; a little less, actually, but that doesn’t matter. Most South Dakota residents would call the trip about a four to five hour drive, depending on how fast you go.

Four to five hours could be how long it takes you to drive from The Valley to Long Beach in L.A., if you took the wrong route. Los Angeles residents spend almost 120 hours a year just stuck in traffic.

A mile can take an hour to traverse in L.A. Get stuck on the 405 at the wrong time of day, and you’ll be there for a while. Generally, if you drive between about 10:00 PM and about 6:00 AM, you can skip the lion’s share of traffic. Anything between 6 AM and 10 PM is going to be a nightmare in most spots.

This is one reason delivery services have exploded in L.A. If you’re up at Melody Ranch in Santa Clarita working as an extra for a western movie or TV show like Westworld or Deadwood, the drive in and the drive out after you do the day’s shoot could be a two hour trek. You don’t want to add errands on top of that and make the commute four or five hours.

The Convenience of Cannabis Delivery Options

However, with delivery options, you’re able to sidestep all that. Now, it will depend on the Los Angeles weed delivery service you go with, but you may be able to get products delivered to you on-set. Here’s the thing: most delivery services will only deliver to private residences, not businesses. There are a lot of good reasons for that.

Accordingly, it may be necessary to find a local who is willing to place the order for you. However, again, it will depend on the delivery service. That’s one reason it’s a good idea to try out a few of them.

Making the Best Use of Your Limited Time

Even if you’re just at your apartment in Van Nuys, it’s better to have the delivery driver contend with the traffic than be stuck in it for hours on end. L.A. is a fast-paced city. You don’t have time to spend two hours in traffic on a cannabis run. Instead, the night before you run out of flowers, put in an order and hang out; problem solved.

Cannabis delivery may be slightly more expensive than in-store acquisition, but you’re saving time and vehicular wear-and-tear, so it evens out.

What Is IFUN tv?