Top eCommerce Websites in the United States in 2022 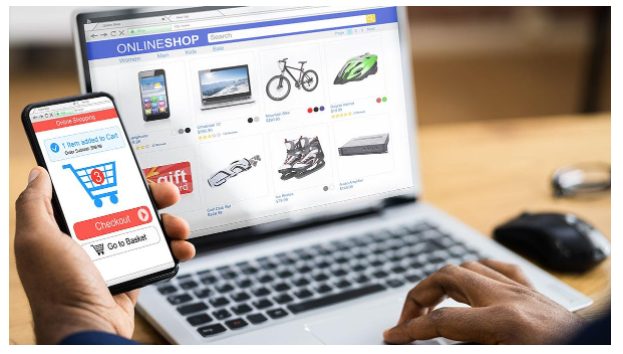 Top eCommerce Websites in the United States in 2022

Over the years, American eCommerce brands have been getting widespread success, and so it is of no surprise that the United States is currently one of the notable leaders within the global eCommerce sector.

According to the reports provided by Statistica in 2016, the immense population of the eCommerce market has amounted to 327.9 million out of which 312 million use the internet and more than 208 million who shop online. Plus, online retail had made up to 14.3 percent of the total retail sale within the United States in 2018 which was initially at 11.6 percent back in 2016. Subsequently, this makes the United States one of the most highly advanced eCommerce markets around the world, bested by both Germany and the UK.

So, what are some of the brands that have brought about such noteworthy results? Well, we have compiled a list of some of the most high-performing eCommerce sites in America. This list includes a well-rounded mix of obvious contenders and unique brands that span from categories of electronics, homemade goods, apparel, and so much more.

Already a market giant, eWorldTrade has become one of the most prominent B2B market places in the recent decade. This is primarily because customers both on the buying and selling end prefer a healthy and thriving market with end-to-end competition. eWorldTrade’s policies, its support and advocacy for fair trade continues to give serious competition or major competitors and the like.

If you have not been living under a rock for so long, you would know just how popular Amazon is. For one, Amazon is not just an American eCommerce leader, but it is also the leading eCommerce website in many countries around the world.

Founded back in 1994 as an eCommerce website that sold books, Amazon has come a long way to reach a superstardom that dominates most eCommerce categories, including some popular ones like electronics, literature, and movie streaming. American citizens enjoy the wide variety of products at Amazon, which consists of the largest portal of electronics, apparel, music, books, hardware, sports goods, and so much more. As a bonus, many Amazon shoppers in the United States can get their goods with a free one or two-day delivery if they have the Amazon Prime service.

Since the 60s, Walmart has been a household name within the United States and has established itself as one of the low points of the mega-warehouse.

Since then, it has turned into the world’s largest retail corporation that has stores in more than 50 states and an influential presence in the United States, Mexico, and Canada. Similar to Amazon, Walmart has a wide variety of products, and online shoppers have access to products in diverse categories that include baby products, electronics, pharmacy, auto parts, fashion, and so much more.

Their product collection feature has made Walmart an attractive platform for the public that comes from a wide range of profiles and even offer a branded credit card for Walmart customer to save up even more on all of their purchases.

Another famous addition to the list is none other than eBay, which has had a significant head start in the global competitive race towards eCommerce dominance.

eBay is one of the few platforms that has remained faithful to its original purpose and has led the online marketplace for over two decades. It is also the first and the largest of its kind that has been offering consumers an ideal online platform where they can buy and sell just about anything they could dream of.

Consequently, eBay now rules over categories like cars, electronics, clothes, collectibles, and many more through brands, auctions, and verified sellers that offer free shipping on most of their items.

Craigslist was found back in 1995 and is one of the largest classifieds in the world, despite servicing only the United States.

On their particular website, you can browse a wide variety of sections that include housing, jobs, services for sale, wanted services, items wanted and items for sales, resumes, discussions, gigs, etc., where they can easily have the opportunity to look at things and make a purchase.

The website also has a wide range of services and items posted and holds an interesting blend of leading categories that range from media and news, electronics, technology, and so much more. 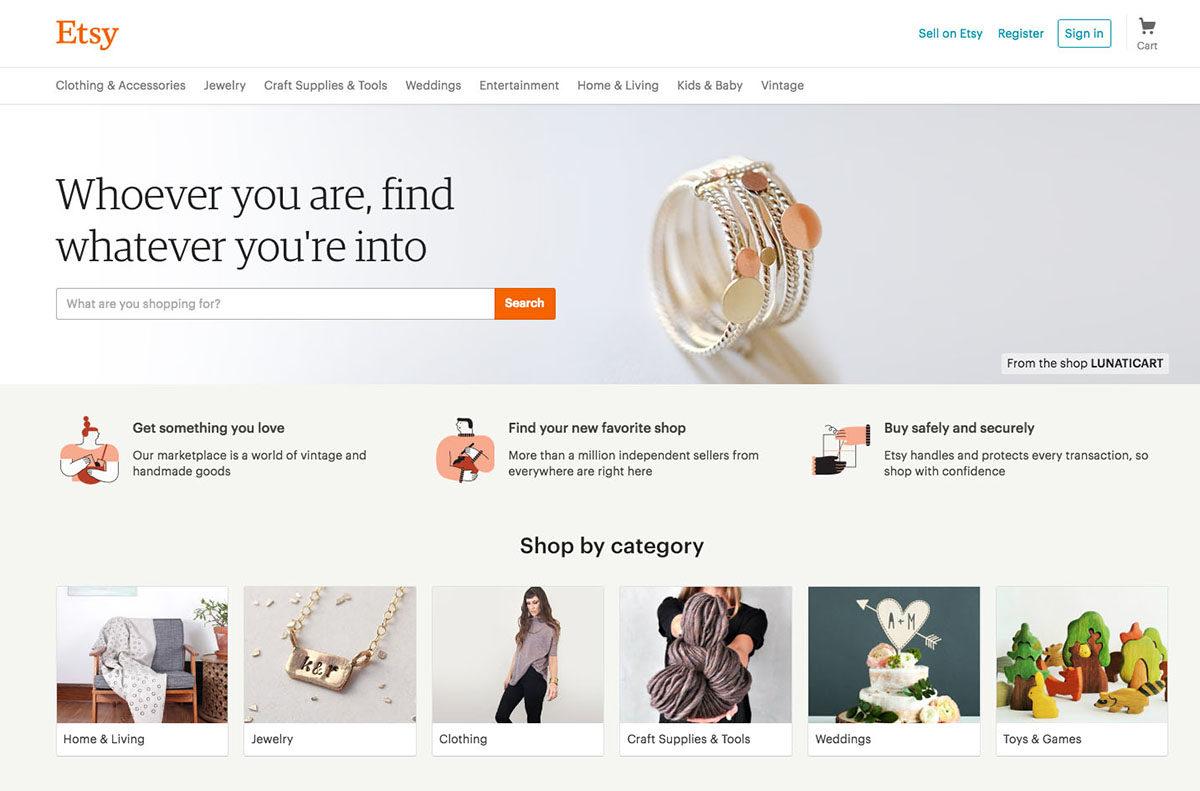 Etsy is based around a niche that focuses on sales of vintage and handmade products and innovative factory-manufactured items.

Etsy’s eCommerce website enables customers and companies that sell an immense range of products from clothing to art, accessories, foods, beauty products, toys, and various other unique items. Etsy currently stands as the 19th largest marketplace around the world, which is actually a significant accomplishment considering its specialization in its particular niche. Plus, fashion is the largest one out of all the categories that customers tend to seek out on the platform.

With more than 255 million monthly visitors, Target is the second-largest department store in the United States, following Walmart. It operates more than 1600 stores throughout the country and even boasts comprehensive eCommerce solutions that give access to customers to a complete range of services and products in both of their offline and online platforms.

Target is a goods retailer for customers and sells products from goods like fashion, furniture, decoration, groceries, hygiene products, and so much more. The website has a leading position in apparel, fashion, home, and garden-based categories. Plus, with a Target RedCard, Target is now also a significant player in finance and banking.

Next on our list is Home Depot which is slightly different from the ones mentioned above as it is a famous home improvement supply-based retailer in the United States. It has been boasting stores from across the country, including Canada and Mexico, with their stores in all of the regions. As a result, this has made it the second-largest home and garden eCommerce website on a global scale.

Some of the products they offer to their customers include new appliances, power tools, remodeling items from the kitchen and bathroom, concrete, lumber, ceiling fans, construction products, and various associated services. Consequently, Home Depot has now become the go-to site for home improvement supplies in the United States. 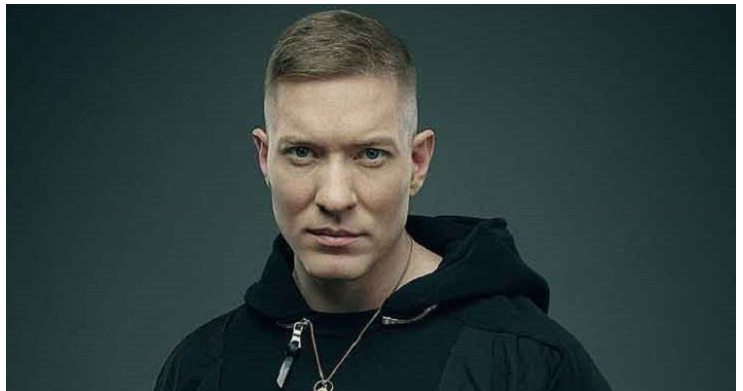 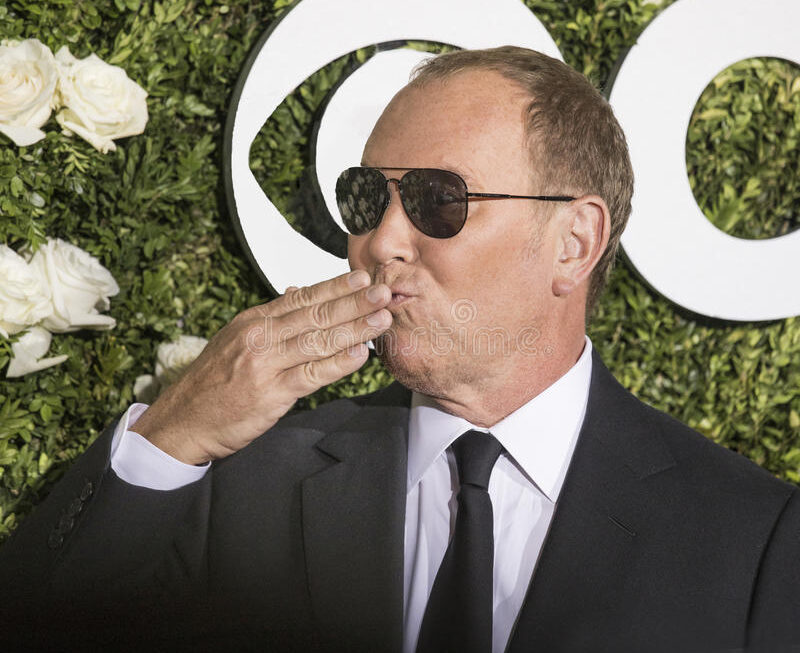 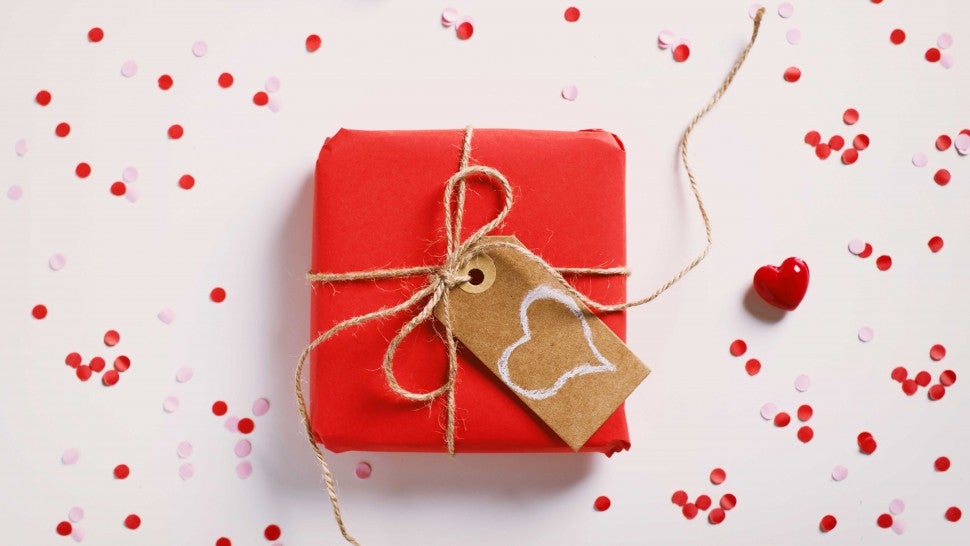