What is a 4 Pole MCB? How is it Different from Other MCBs? 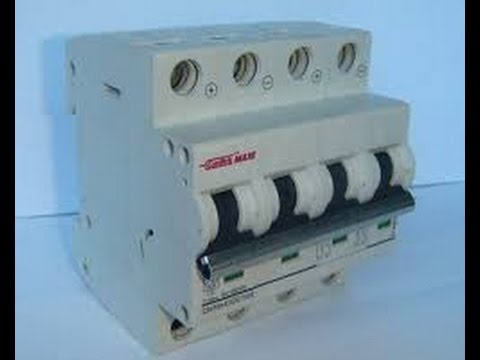 Technical advancements, digitization, and automation has drastically impacted almost every sector of society in more ways than one. When we look around, we will realize that, amongst many other things, we are always surrounded by electrical equipment, devices, and instruments. However, most people do not have proper knowledge about how electrical components operate while contributing to building a safe environment.

There are multiple instruments that require electric current to function optimally. As most of us know, if the amount of current is not controlled in an efficient manner, it can lead to hazardous situations like electrocution, explosions, fire breakouts, and more. This is one of the many reasons why the government of several countries have established certain guidelines for the electrical sector.

What is a Miniature Circuit Breaker?

In this article, we will bring under purview one of the most important electrical devices called 4 pole MCB and how it is different from other MCBs. However, before highlighting the difference between both, let us learn more about the fundamental definition of MCB or miniature circuit breaker.

In layperson terms, miniature circuit breakers are electrical switches that can be operated automatically, in contrast with other protective devices. Primarily, their main function is to ensure that there is no severe damage to the electrical circuits due to excess power or current flow.

In addition, they are exclusively designed to trip in case there is a short circuit or power overload to shield against situations like equipment failure or power overload. Below we have mentioned all types of available MCBs based on the total number of poles:

Amongst all the above-mentioned devices, let us bring our focus to 4 pole MCB. It is for 4 wire connections, while the additional or fourth pole is for a neutral wire connection between any three will supply and the neutral mode.

One striking feature of the 4 pole MCB is that the neutral pole has a protective release similar to all the phase poles. Usually. 4 pole MCB are deployed in systems that have two alternate sources of power in case of downtime or power failure.

The electrical industry comprises of diverse devices, equipment, and instruments making it difficult for people to choose from. Therefore, we suggest that before investing in any type of electrical product, you take quality time out for research and get in touch with a prestigious service provider in the electrical field.

They have a professionally trained team of technicians who carry all the right kinds of knowledge to suggest you the right product according to your needs and requirements. In addition, they are equipped with best-in-class tools to make sure that the installation process is carried out in a smooth, precise and safe manner.

So, what are you waiting for? Get in touch with a leading electric service provider today!