Why is it Important for Children to Learn the Quran? 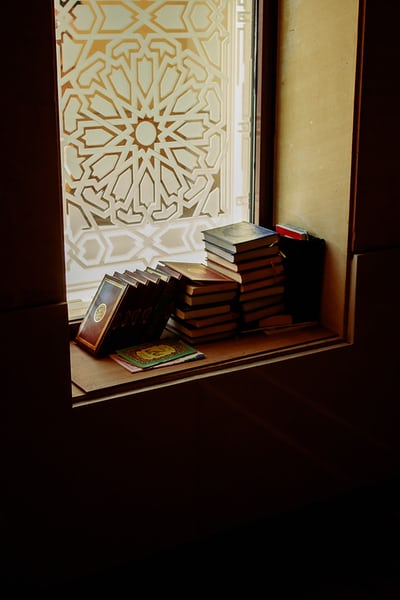 There are some major differences between Quranic Arabic and modern standard Arabic. Quranic or classical Arabic is the language used in the Quran, but it is also utilized in a wide range of other works of literature. Although many of the sentence forms are similar to modern standards, the groupings, situations, and vocabulary used can be rather different. There are also other subtle changes in grammar and punctuation that students will notice. Then, when reciting the Quran, there are several areas where vowel timing of stop words can be difficult for beginning learners to pick up. These are minor distinctions, but they are critical when reading and reciting the Quran. Learning the Quran is an honorable act that every Muslim should get into. It gives them with knowledge in all areas of life, brings them closer to the Creator, and will serve as proof of the rewards for his good deeds on the Day of Judgment. Both Muslim men and women are obligated to read the Quran. Muslims begin learning and reading the Quran in their early years. Constantly connecting with the Qur’an through its study draws Muslims closer to the Creator.

Learning about Quran will Make Your Children Learn Great Values.

The Quran preaches love and peace. As a result, teaching your children about Islamic values and the examples of the Holy Prophet (PBUH) and His companions will make them more truthful, forgiving, calm, and peace-loving. Furthermore, your children will gain valuable interpersonal skills that will benefit them in their professional careers. Again, following the Holy Prophet’s (PBUH) instructions and obeying the Hadith and Sunnah is a form of worship in and of itself.

It Will is Easier to Memorize and Remember Verses

Children sometimes have difficulties memorizing numerous chapters, and even if they can, learning Quran reveals that they forget several verses in between after some time. This occurs because they have no idea what they are saying. For them, it’s just an Arabic passage that doesn’t make any sense. However, if they comprehend the meaning of each stanza, they will not forget it, just as they do not forget the rhymes and poems they learn in school. Learn about the Online Quran Memorization.

Some of the children we meet do not appreciate their time reciting the Quran. Some even try to fabricate excuses to miss class, even though these same kids enjoy reading their Science, English, or Geography textbooks. What is the reason for this? It’s because they comprehend what they learn in those texts. When our children understand the Quran, we may expect them to enjoy their Quran reading classes.

Respect of Elders and Affection towards Younger Ones

The recital of the Quran teaches that one should respect their elders and be affectionate toward their children. These attributes are highly regarded in a person, regardless of religious affiliation. As a result, by teaching your children about Islam, you encourage them to learn some of the world’s most admired attributes. On the other side, they are also reaping the benefits of their good deeds.

At a Young Age, Your Child Will Understand their Place in the World

Not everyone attempts to learn Quran translation later in life. As we grow older, our lives become increasingly hectic. If some people try to grasp the Quran, it is usually when they become more aware of their mission in life. As a result, it is preferable to teach your child the meaning of the Quran when they are still young, as they will become more aware of the cause for their creation as they grow and recite the Quran.

They Will Become Self-Sufficient Quran Students

You may have noticed that once children have learned their alphabet, they like picking up and reading various books. As students grow older, they no longer need to be prodded into reading their textbooks. Some people go to a great extent to obtain a library card to read books and expand their knowledge. This can also happen to children who are learning Arabic from the Quran. Your youngsters will develop into self-directed learners. Picking up the Quran will entail more than just repeating the verses; it will also entail learning what else Allah has to say to them.

Memorizing the Quran from an early age is essential for children’s spiritual development. It is important to note that this does not mean that parents should resort to violence to make their offspring memorize the Quran; instead, families should innovate and adopt techniques that make studying more fun for their kids.

Muhammad Junaid is a CEO of VM Sol, senior Analyst, and Search Engine Expert. Extensive experience being an IT Manager in Online Madrasa – Quran for kids. Work for years with local and international enterprises. Also, represent well-known brands in the UAE.